Score One for Big Jeremy 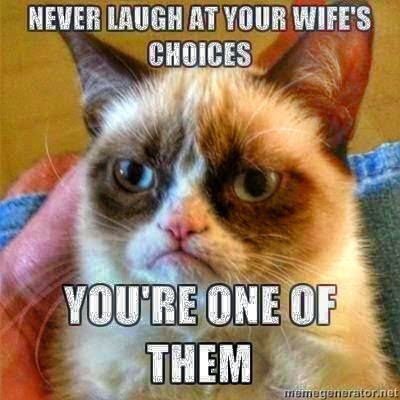 If you look back on your life do you believe that you have accomplished everything that you were born to accomplish? I mean I realize that the last thing anyone really saw themselves doing when they got older is what they are actually doing. When the obvious had hit me, somewhere around the age of 25 that I wasn't going to be a rock star, a movie star, a master theologian, or the myriad of other things I had explained responsibility away with. The restaurant jobs I had supplemented dreaming with, had to come to an end. Responsibility was never my strong suit, and believe it or not there is a lot more responsibility that goes with a services job than people give them credit for.

Of course my childhood was never plagued with the dreams of being an extruder operator, an electro-mechanical assembler, or even a welder which made up the 20s of my life. The 30s got more interesting for a bit when I tried my hands at building Aegis systems, robots, and ovens for the Asian soldering industry, but again, this wasn't a dream or a nightmare to the little me I left behind. Neither were three divorces, well OK maybe since that’s how famous people live,  but I had always wanted the children, just living in a mansion collecting royalties. Then again, I had at least established that I was a pretty good worker when I wanted to be by that time.

Believe it or not the first job I had actually settled into and accepted as my own fate was being a janitor. I was good at it, not much was expected of me, and I had a lot of time to goof off. Pretty sad if you think about it, but I definitely didn't expect it to accidentally lead into a job as an MRO (maintenance, repairs and operations) which is corporate speak for “I buy stuff.” Nope I think back to when I was picturing myself as the lead singer of the biggest band ever, or the multi-talented screenplay writer, who coincidentally starred and directed in the movies because it was too important to leave to anyone else, to even the recluse writing great novel after great novel, and this just wasn't in there.

Well let’s get to the other things that weren't on the radar. Never thought I would be a raging alcoholic before I even made it to 21. Didn't think I would be sober since before I was 21 either. Talk about an accomplishment but that is an absolute affront to my nature. Who knew I would still do a lot of the dumb crap alcoholics who are drinking do while I was sober? Well it makes for interesting tales anyway. Who would have thought I would love my stupid job buying crap? Well the person who recruited me to do it did, so I have to give him the kudos on that one, and of course my wife who gave me the gentle nudges too.

Now for a shameless plug. If you like to read whacky stuff, from a whacko like this guy, you can always find the random crap that flows through his mind at TheWhacko.Com. Thanks for making it this far!
Posted by Jeremy Crow at 18:59 2 comments:

What Happened to Aye Aye?


Aayisha had been in the local x.a. meetings for many years. She went back out after six years or so and then came back in for six more years. She was a gentle soul, the only one of my friends who was willing to visit my dad at our house-- some friends were willing to have me bring him to their houses though-- and the three of us enjoyed some sun-tea on the back deck one afternoon. Aye Aye treated Dad like he was my dad. Not like he was my Dad with a terminal neurological disease that was eating his brain. Not like he was my Dad who was escaping from his former life. Just like a regular guy who happened to be here. She gave him a rare gift that day.

Aye Aye earned six years of abstinence in the rooms of x.a. the second time but then she found another way to remain free from active addiction. Unfortunately, the other way was an organization which had the characteristics of a manipulative religion. [A cult, okay? The new words that are supposed to describe "cult" just don't do it for me]. I suspected that we had lost her several years before another friend did. That hurt.

Even so, a few good times remained. But then she stopped returning phone calls or answering her door. We knew she was home. She just refused to answer the doorbell. We were broken-hearted but there was little we could do about that.

This past summer, Aye Aye signed up for hospice services from the same place that helped my dad. She died in early February peacefully in bed with her family around her.

drama queen man: "Did you hear what happened to Aye Aye?"

me (beginning to seethe): "No. What happened to Aye Aye?"

drama queen man: "She committed suicide and police found her body in her car."

drama queen man: "Some guy told me. And he ought to know."

me (to housemate): "Information without names is bullshit."

drama queen man: "Her picture was in the paper and everything."

me: "Her picture was in the paper next to her obituary. Aye Aye was receiving hospice services. She died. At home. In bed. With her family around her."

me: "If you spread that around, I will be very angry. And it isn't true besides. She did not kill herself."

drama queen man: "Oh you know me. I wouldn't do that."

But he was willing to make the claim to me. I guess he didn't realize that Aye Aye and I had ever been friends.

sapphoq itching for a coffee says: Before you open your fat mouth in the rooms of recovery or anywhere else about what you know, think is true, or what someone else "told" you, please consider your motives. Gossip is ugly.
Sometimes we do things to each other, in spite of our abstinence. Don't make my burden heavier because you want people to think who you are ergo you spread false information around.
Posted by sapphoq at 11:52 No comments: