Are We Finished Yet 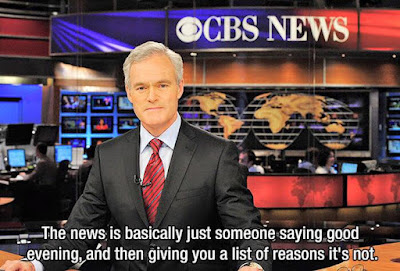 Are we there yet? Remember that great phrase as it was hoisted upon either you as a parent or you to your parents. There, was the place you wanted to be at all time, and you never seemed to get there quick enough. Well just because we aren’t in a car, and we aren’t technically on a trip anywhere, we still have a problem with all of the people that desperately want to be “there” and could give a crap about here. What am I talking about? My two favorite topics actually, and we are merging them at an alarming pace now, so I hope you have buckled up for the ride. Here is my list of “Are we there yet?”

Catholics are officially a co-opted faction of the looney left. I mean I have been saying this for years but now that the Pope is acting like the European Al Gore, with his councils on climate change, and talking about how we should all give until we are poor, can we finally admit they are mostly socialists? I’m sick of people lumping them in with the people like myself who are generally demonized as being a right wing whacko. I’m fine with being a right wing whacko, but I am offended to the core that people put the people who keep Nancy Pelosi in office, voted in force for an idiot like John Kerry, and never met a Kennedy that they wouldn’t step in front of a train for. See I didn’t even have to go back to the Borgias.

George W. Bush is officially a complete and utter failure. Many people who drank that flavor of Kool Aid, at least had the fact that “he nominated two conservative Supreme Court Justices” to fall back on. The problem is that the “Chief Justice” that he nominated is like most Republicans, totally humiliating to anyone who would call themselves conservative. Throw in the fact that GW never defended himself and allowed the news media to create the perfect platform for the fool that replaced him. Yeah total failure.

The plantation is a lot larger than it was in the 1860s. People hate it when I bring up this simple fact, but the black community has given themselves mind, body and soul to a single political party. The other political party would be stupid to try and drag them away, and the party that already owns them has no reason to do anything for them. The party that owns their vote is now working on the “illegal immigrant” vote because it is a more volatile voting block and their personal interests completely clash with the black community’s personal interests. Thank God they have them sown up on the plantation, so they don’t really have to worry about them anymore.

As goes Texas so goes America. I keep an eye on Texas because I hope to move there as soon as my kids get out of school, but have you noticed that some of the worst things happen in Texas now? Years of dragging people from other states, illegal immigration, and creep from the big cities is turning Texas into a peetrie dish of the worst of the worst. This is the only one that I don’t consider “We are there,” but we are unfortunately on our way. Once they turn Texas blue, America is over.

One of the biggest problems with the world today is that everyone sits in denial of the horrible things that go on around us. You can bring up the social creep, the fact that the news media just admitted that Valerie (the right hand of our president) Jerrett’s entire family had FBI files for several generations because they were hard core communists, but it doesn’t matter now. It always comes down to “it doesn’t matter” after 3 years of calling everyone crazy for saying it, then 3 years of outright denial, then oh her parents were communists, but that’s old news. It isn’t old news, it’s never been news. Are we there yet?
Posted by Jeremy Crow at 01:49 No comments: