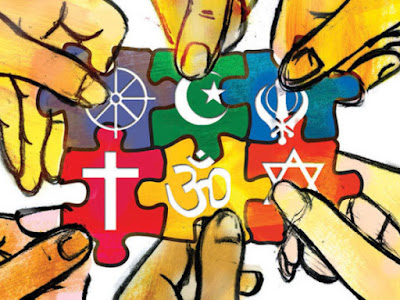 The topic of faith comes up a lot these days and of course it has more to do with politics than religion itself. Of all the divisive issues out there religion and the offshoots of things that can be called religious come front and center. It’s almost too easy to herd people in one direction or another by pointing it out. Most of the time I find it offensive, and wish it wasn’t an issue. This group likes or dislikes someone because they are religious or not religious enough, and for all of you thinking smugly that religion ruins everything, the anti-religious spend just as much time making dumb decisions for the exact opposite reasons. Most issues that can be considered “moral” have very little to do with religion at all.

Front and center is the case of abortion. I make no decisions based on pro-life or pro-choice standards because it has no bearing on the greater justice of the world in general. I have no problem saying that I find abortion to be an amoral form of birth control, but if someone comes out as pro-choice and everything else they are into seems to be to the betterment of the world as a whole, I will vote for them. The other side of the coin has far more people that will walk into a voting booth completely controlled by who they think will protect the right to abortion. This of course is the right that everyone has had for over 40 years, regardless of who has won any election. That is the type of idiot that has been sending the world into the crapper, and fast.

Now it seems to be all the rage to talk about the loud mouthed Presbyterian and the soft spoken seventh day Adventist, but why should anyone care? On the other side it is the liar against the socialist and I haven’t heard talk of either of their religion? Last go around it was the Catholic that almost beat the Mormon to take on the guy that some say is a Muslim but spent 20 years in the church of a black liberation theologian. I agree with Bill Maher (will miracles never cease) that he is really an atheist, and I could care two licks about his religion anyway. Two of my best friends are an atheist and a pagan who happen to be pro-life and believe in Federalism. Unfortunately neither of them is running for president so I have to choose amongst the others, and religion won’t play a part in it.

I personally like the old Ross Perot theory when it comes to voting for a president. No it had nothing to do with his policies or anything; it was his last infomercial before the last election he ran in. He asked the American people to think long and hard about which candidate you would hand your baby to in a life boat on a sinking ship. I think personally he was trying to remind people that you couldn’t trust the guy who was president at the time. I still don’t know his religion but his wife is the “liar” on the Democrat side of this go around, and I don’t know or care what her religion is. Ross was right about one thing though, I wouldn't have handed my baby to that guy or his lying wife. Now we need to consider whether it matters to anyone anymore, while we argue about someone’s religion, which last I checked was still a constitutional right.
Posted by Jeremy Crow at 22:33

Religion, for both sides, is not a choice, it is a bludgeon, and it is used to prove the superiority of an opinion.

Religious freedom is alive and well, and it is taking over conversations in which it plays not part.