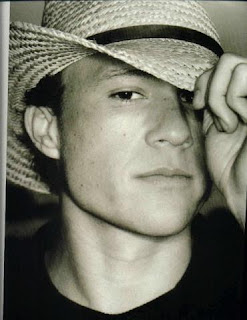 As most have heard actor Heath Ledger died recently. This news saddens me greatly as IMHO he was a great actor. But I am quite disgusted by the total disrespect that the police and media has shown for the deceased. I have read several of the articles floating around about Heath's tragic death and am appalled that each and every one has disrespectfully reported and repeated the condition that Heath's body was found in. Yes, he is a celebrity, but he's also HUMAN. EVERYONE no matter how famous or mundane deserves dignity and respect in death!!!! I work in the healthcare field and from day one RESPECT and PRIVACY has been drilled into us so much that it has become a mantra. I have experienced the end of a few lives in the short time I have been in the healthcare field and each and every one has had the right to have the cause of death and condition upon death kept private.
This lack of respect and concern for Heath's privacy by the police and media has lead to several in the general public, as well as, the media to speculate whether Heath committed suicide and whether he was using illegal drugs. They have even gone so far as to criticize the way that Heath chose to dress, speculating that his choice of dress was proof that he was on drugs.
IMO, I don't think he committed suicide, he had too much to live for, especially his daughter that he loved dearly!
As for any other speculation....
GIVE THE POOR MAN A LITTLE DIGNITY IN DEATH FOR CRYING OUT LOUD!!!!!
Posted by Ms. Issues at 04:19